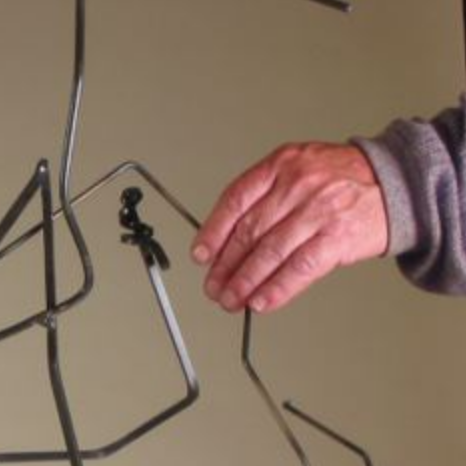 67p is an omni-directional sculpture that can be oriented in any direction and backlit. During the installation of the Gegenschein exhibit, “67P” was acknowledged by the European Space Agency’s Rosetta Art Tribute. 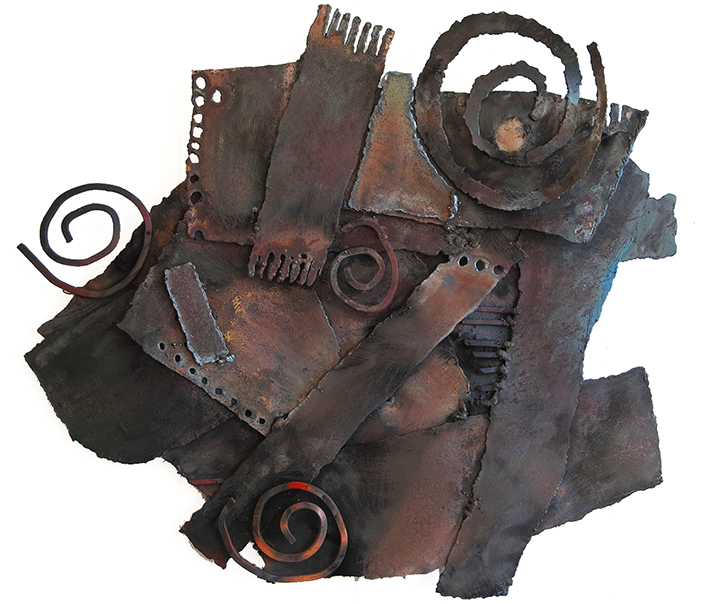 67P was created for the Gegenschein exhibit at Point.B Studio, which opened on 1 September 2014 and continued for six months — the work was in fact created during the ‘Post-Perehelion’ phase of the exhibit. The Gegenschein exhibit was the first of its kind at Point.B Studio where an international roster of artists created works that constantly evolved during the course of the show. The end result was the artistic contents of a time capsule which will be installed on-site where the gallery is located in Port Orford, OR.

One interesting thing about the 67P piece is that it is backlit, which resembles many of the photos that were subsequently released by ESA following the mission. It is indeed an intriguing work and was very timely. The artist has had a fascination with space and science throughout his career and the work is certainly informed by the artist’s curiosity and knowledge.